Written by Ionia
Updated over a week ago

Nimble enables you to pull data for your deals to build analytical reports. Information pulled from deals are converted into insightful visuals such as bar charts, donuts and tables that delivers results on conversion rate, deals won and lost over time, revenue forecast, and much more. With this actionable data, you'll be more equipped to achieve your sales goals.

With Nimble's new Reports feature, your sales team can monitor their performance, make improvements and focus efforts on the most difficult stages of the sales pipeline.

Your sales manager can better track the behavior of the team and offer effective sales coaching to improve the performance of each sales rep. They can also analyze reports to determine whether the strategies chosen were right for their business needs. 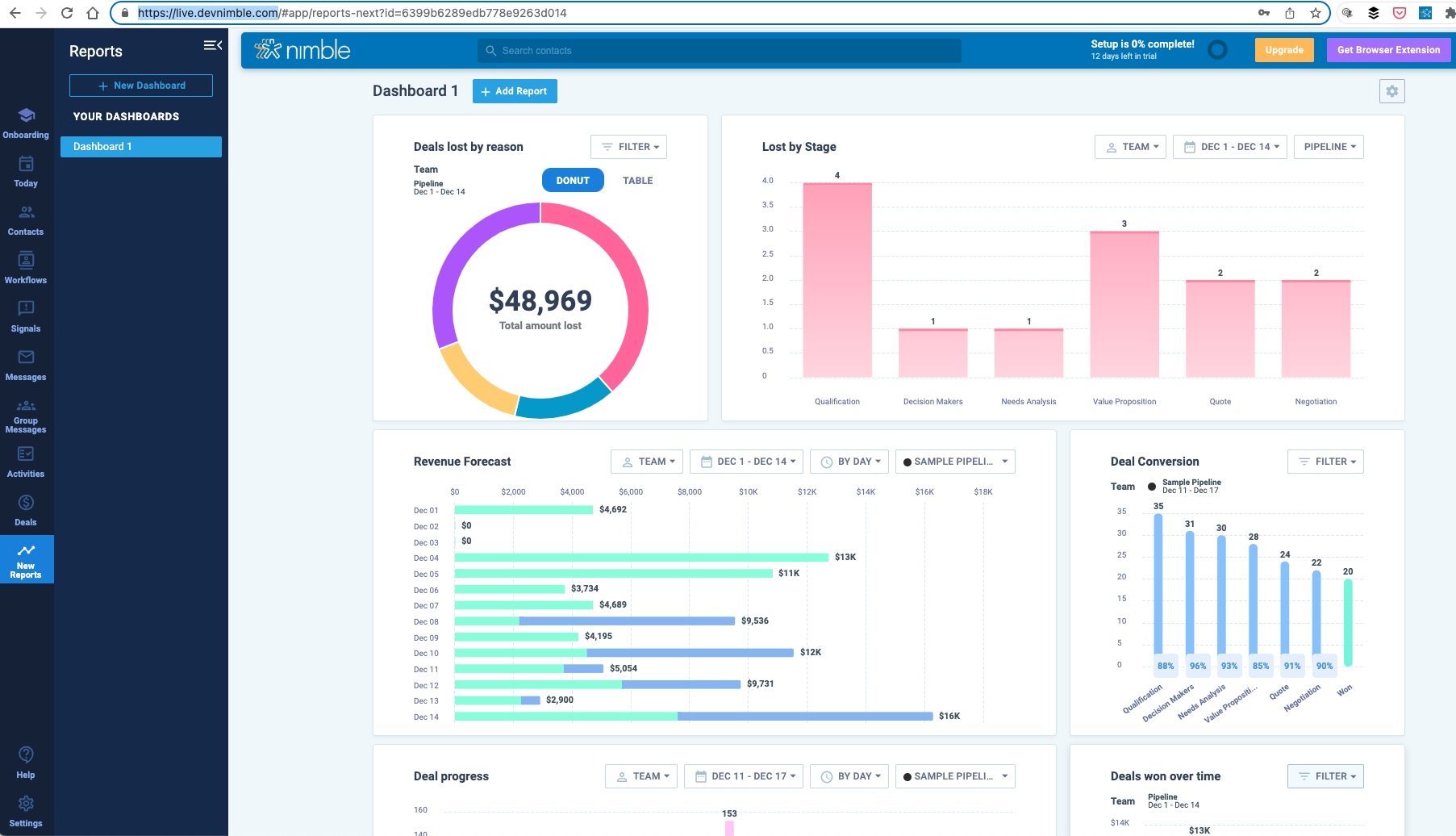 The Reports dashboard is customizable enabling you to compare reports like deals won/ lost. You can create as many as you need to effectively interpret the results of your sales pipelines.

To learn more about Deals, take a look at the following:

Check out these articles to help you get started using Reports:

What else is there to know about Reports?

If you have any questions, please write us at care@nimble.com, initiate a chat from this FAQ, or join one of our Nimble Onboarding and Best Practices sessions, held every weekday at 9 AM PT.

Did this answer your question?